I've not vanished off the face of the earth on blogging, honest.


I've got loads to do, it;s just that every time I sit down this happens so I never get anything done. I'll be back on it eventually! 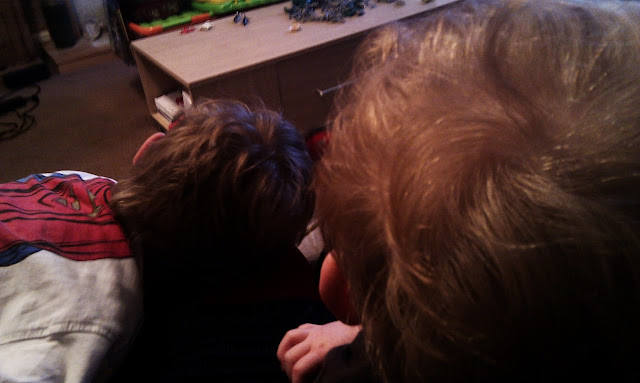 Posted by rubber_da_glove at 11:04 No comments:

So it's that time of year again and Older Boy had his pre school Christmas performance. A few weeks ago he told me he was going to be a wise man (Spiderman-obviously) and he was giving baby 'Jeebus' the gift of cheese (!?!). After speaking to his teacher she told us the 'play' wasn't going to happen because most of the children were too little to co-operate so it was just going to be singing.

So the stage was set, all the littles were on stage and ready to go. The curtain opened. All the children stood scared of all the parents faces staring back at them. 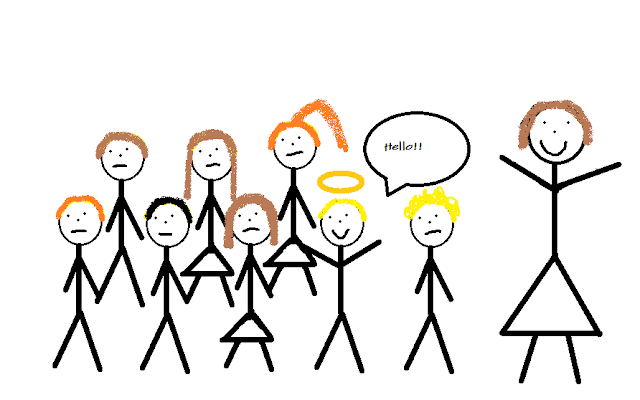 Except my son. Older boy was jumping up and down and waving "hello!!" He was setting the scene for the rest of his performance.

They started off singing 'twinkle twinkle" and it was sweet.

Then they sung 'Jingle bells'. Just had everything crossed the next line wasn't 'Santa smells' and it wasn't. So far so good.

Then it was time for 'When Santa got stuck up the chimney' The song finished. The 2 seconds of silence came before the next song started when Older Boy jumps to the front of the stage, stands next to his teacher and yells 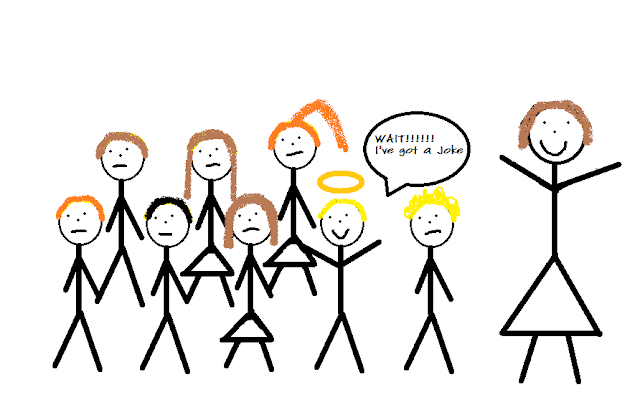 Me and Daddy go red. We know what his jokes are like. They are either along the lines of "Knock Knock" *who's there* "PENIS!!" Or just yelling something like "Boobies!!" Or his new favourite "How does the dog get to hospital?" "With a fan" (I know, it makes no sense, he made it up) 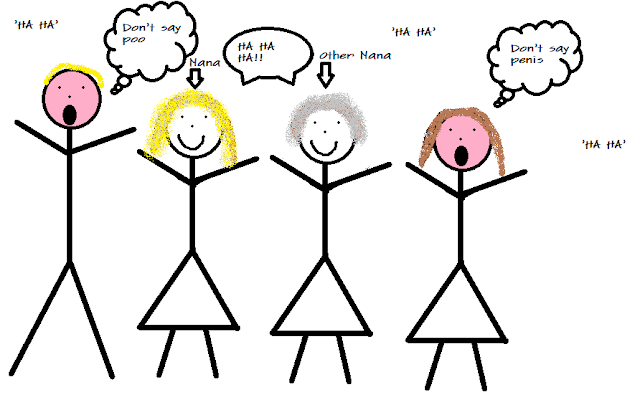 Me and Daddy sit there, red faced laughing nervously and hearing all the other parents laughing when Older Boy shouts.. 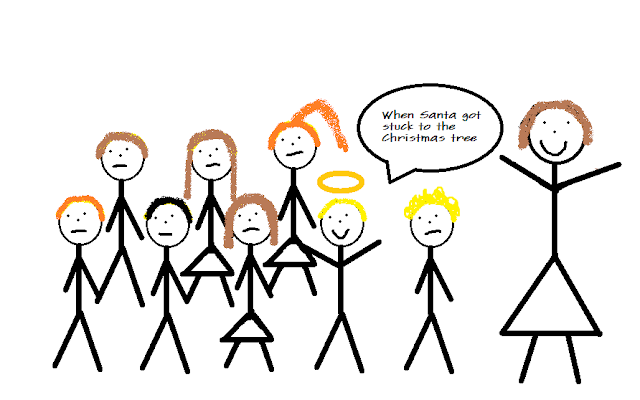 Phew, it was clean, and nothing too weird. And his teacher stopped him before he carried on with something inappropriate.

The performance carries on and they shout the song "WE WISH YOU A MERRY CHRISTMAS" and then  it was over.

It went well. But why is it my child being the goof on stage? He is special!
Posted by rubber_da_glove at 04:54 No comments:

The spelling and reading is coming on

So we were going grocery shopping the other day. When we got out the car Older Boy looked up and the shop sign and said 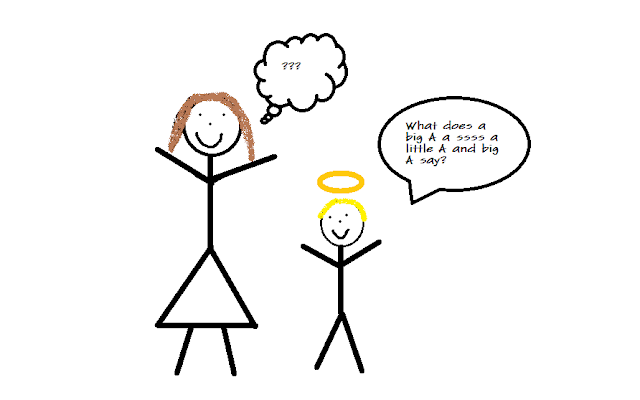 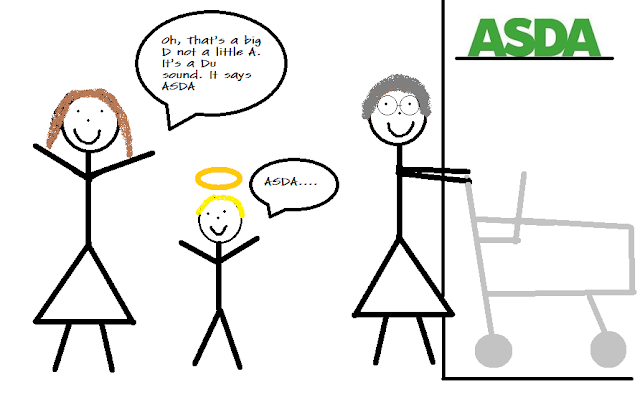 He's getting there
Posted by rubber_da_glove at 11:22 No comments:

On the eve on Younger boys second birthday (sob!!) I feel it only fair that he gets his own comedy post. 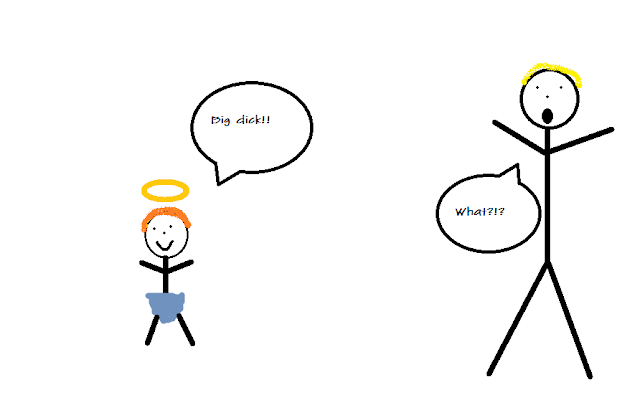 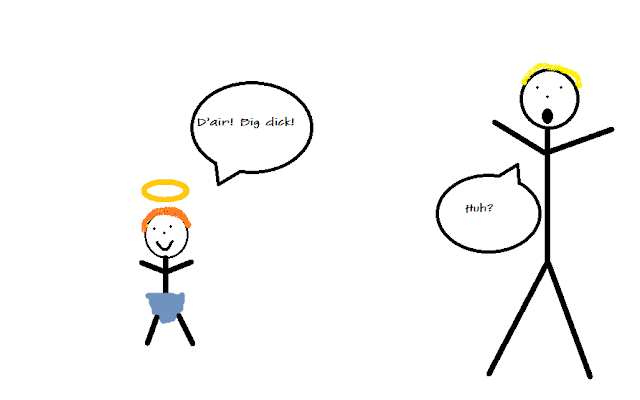 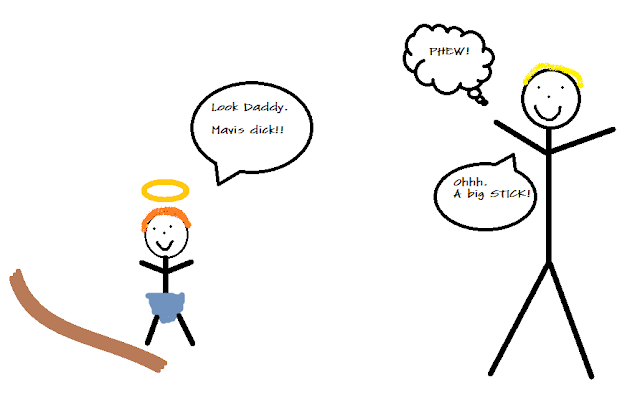 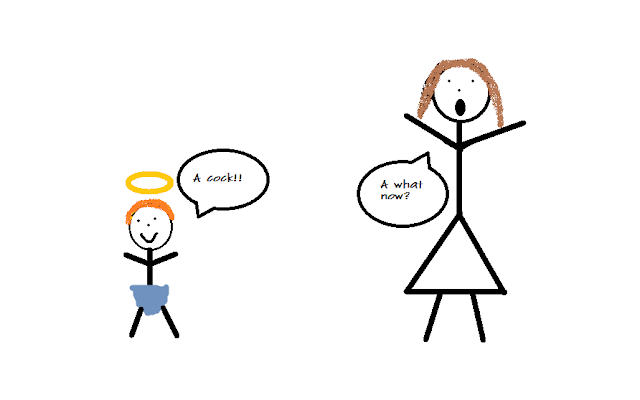 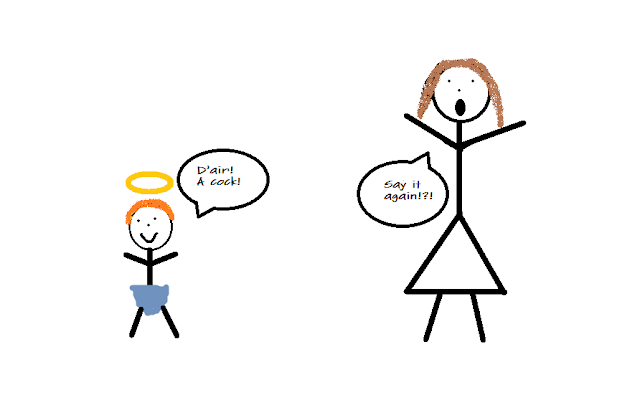 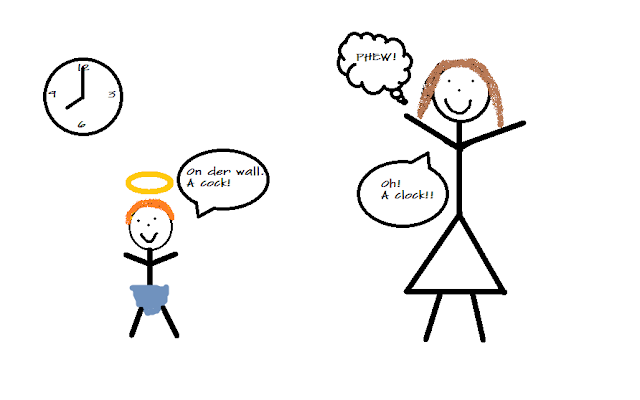 Posted by rubber_da_glove at 11:06 No comments:

We all know the game I Spy. Older boy is just starting to understand letters a spelling simple words so this is one of his new favourite games.

We were walking home from a visit to the grand parents when he asked Daddy if they could play. Happy to oblige they start playing 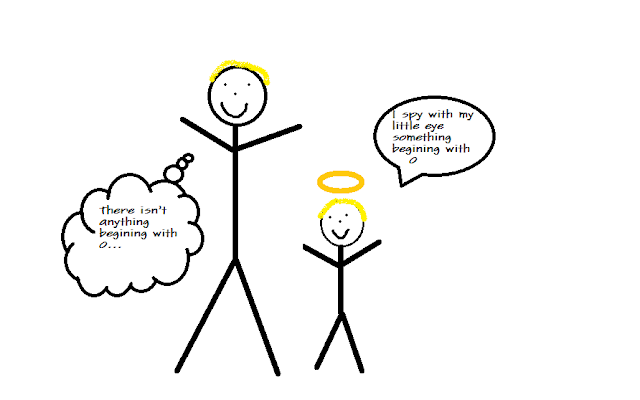 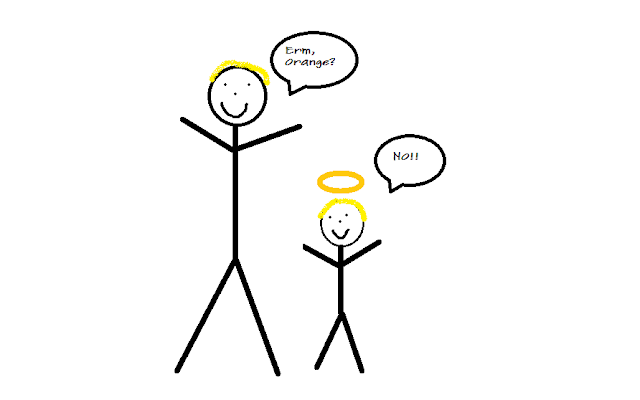 Starts with a simple O word, then starts moving onto his friends 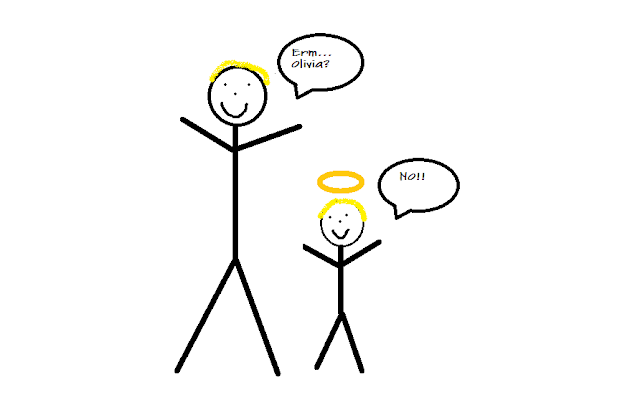 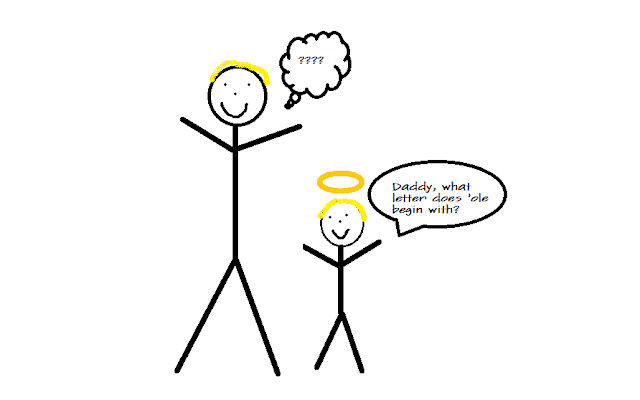 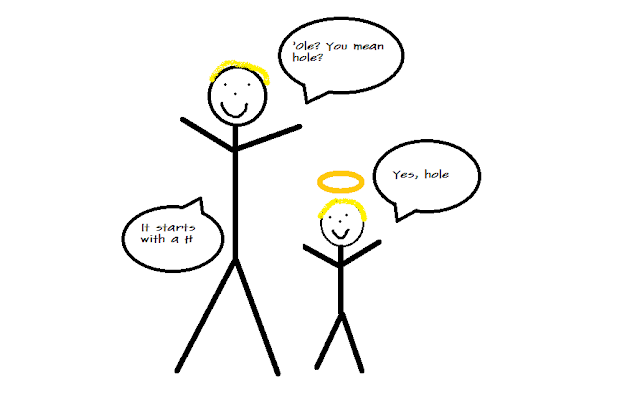 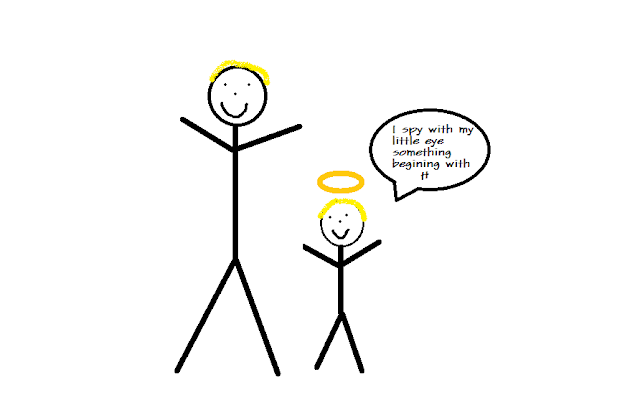 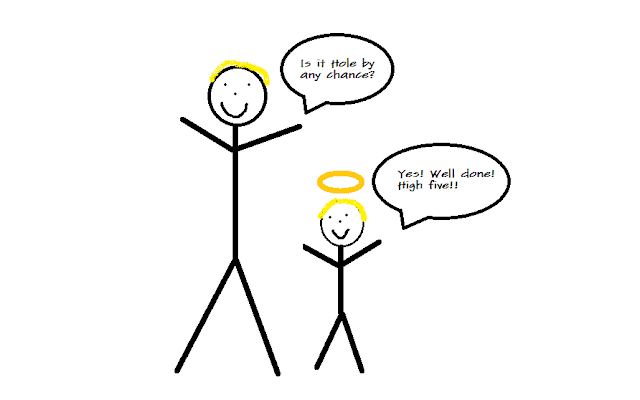 Posted by rubber_da_glove at 11:39 No comments:

We have been to many fun days over the summer. This particular one had a police van for children to look around and sit in.

Not everyone will know but there is a loud speaker in a police van. Older boy was quite reserved this time in what he said over the loud speaker in front of about 1000 people 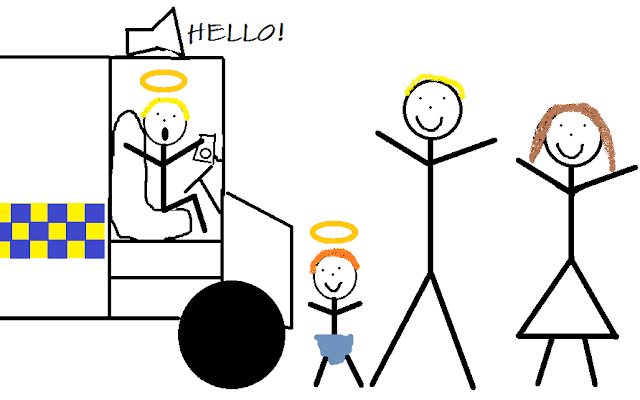 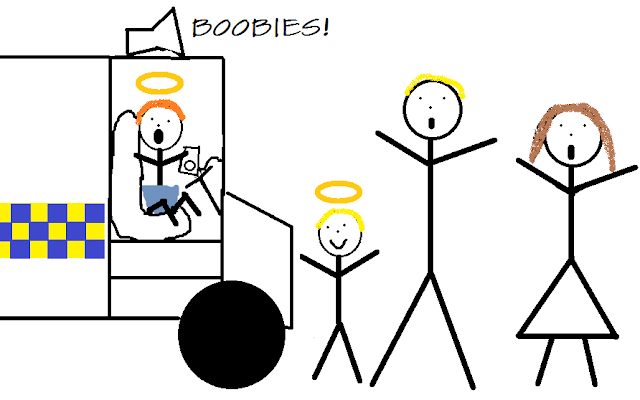 Posted by rubber_da_glove at 11:07 No comments:

So, older boy was on his potty doing a wee. He was just watching it (if you have boys, or you are a boy you'll understand why he was looking) when he said 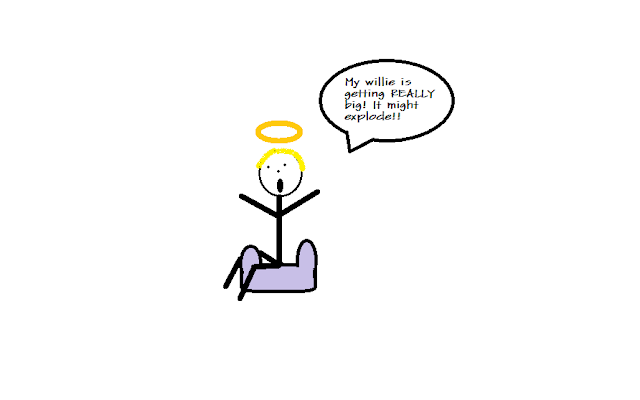 Posted by rubber_da_glove at 11:40 No comments: